So you want to form a Captive… Now what?

I Want To Form a Captive.
Should I Choose a Single Parent or a Sponsored Cell?

This is a question that anyone who has decided to form a captive, and has decided against joining a group captive, must answer for himself or herself when exploring all of their options. First, let’s set the definition of the two:

Single Parent Captive/Wholly Owned Captive
A single parent captive insures the risks of related companies and is owned and controlled by the related company or its affiliates. This is the most common form of captive, which can be organized under the laws of most any jurisdiction with a captive insurance statute.

Single parent captives are a closely held insurance company whose insurance business is primarily supplied by and controlled by its owners, and in which the original insureds are the principle beneficiaries. The insureds have direct involvement and influence over the captive’s major operations including underwriting, claims and investments.

Sponsored Captives (also referred to as “Rent-a-Captives”)
This type of captive is typically established and capitalized by a third party (could be captive managers, consultants, insurers and investors). The third party or sponsor charges a fee (rent) for providing a facility that allows insured to participate in their own insurance risk and garner the financial benefits of a single parent captive at a lower operating cost.

What separates the sponsored captive apart from the single parent is that the sponsored cell captives come in many different shapes and sizes depending upon the domicile. Each of the different types has unique structural, regulatory compliance and management attributes. The one area where they are the same: they each should clearly segregate and separate the assets and liabilities of one participant (or cell) from the other participants. A few of the different types include:

Now that we have the definitions established, we must then look into some differences in structure and cost.

Operating Cost Differences
When considering the operating costs of a captive vehicle, the prospective business must evaluate not only the fixed cost of external resources to establish and run the facility (hiring vendors in the legal, tax, accounting, actuarial and insurance management professions) but also the opportunity cost of dedicating internal resources to govern and manage this insurance entity. By purchasing vendor services “in bulk” across a larger enterprise as well as centralizing and standardizing the day-to-day operations of all of the “cells” or “SBUs” within the captive facility, a Sponsored Captive typically can establish and operate individual programs within a “cell” or “SBU” at an appreciably lower cost to forming and managing a Single Parent Captive. This is a key point of discussion when deciding between the two forms.

The other area to consider, however, is that when we are purchasing vendor services “in bulk,” we may not have the control that we would have if we were purchasing them on a direct basis. If we are unhappy with the service that we are receiving from one of our vendors, for instance, we may not have the freedom to terminate our relationship with that vendor as we would in a single parent relationship. 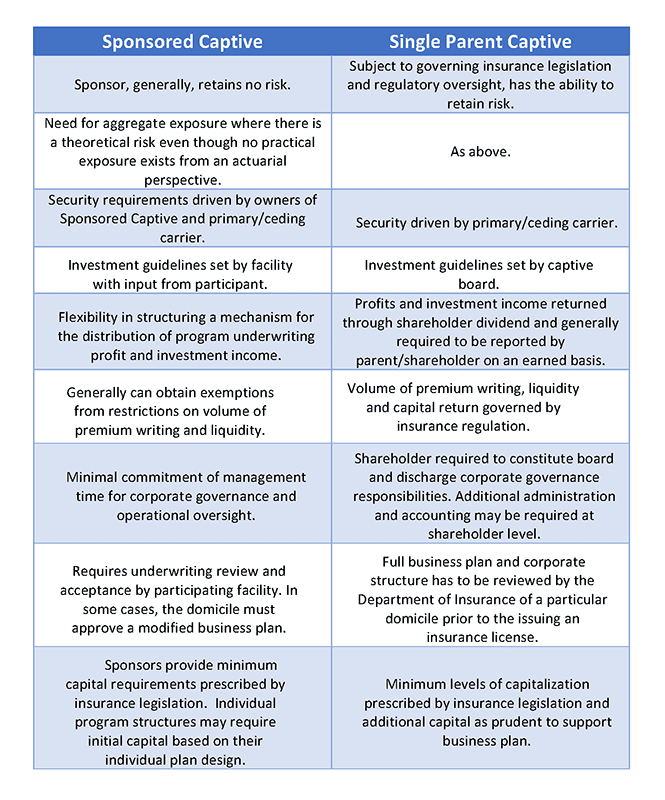 Summary
In deciding whether to form a Single Parent Captive or establish a separate “cell” or “SBU” in a Sponsored Captive, an insured should carefully consider the advantages and disadvantages of each alternative.  Many times the decision can be influenced by an understanding of both financial and non-financial terms proposed for the insured to achieve their risk management as well as operational objectives.

A prospective risk-taker must weigh the lower operating costs and limited flexibility of working within an established Sponsored Captive to create, implement and operate a “cell” or “SBU” against the higher operating cost and total control in being the sole shareholder of a Single Parent Captive. 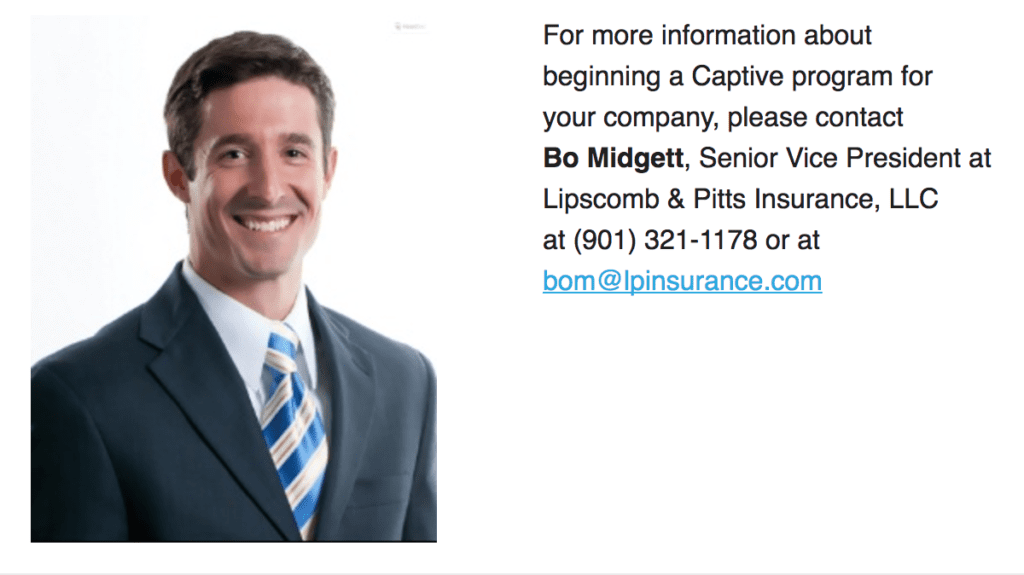